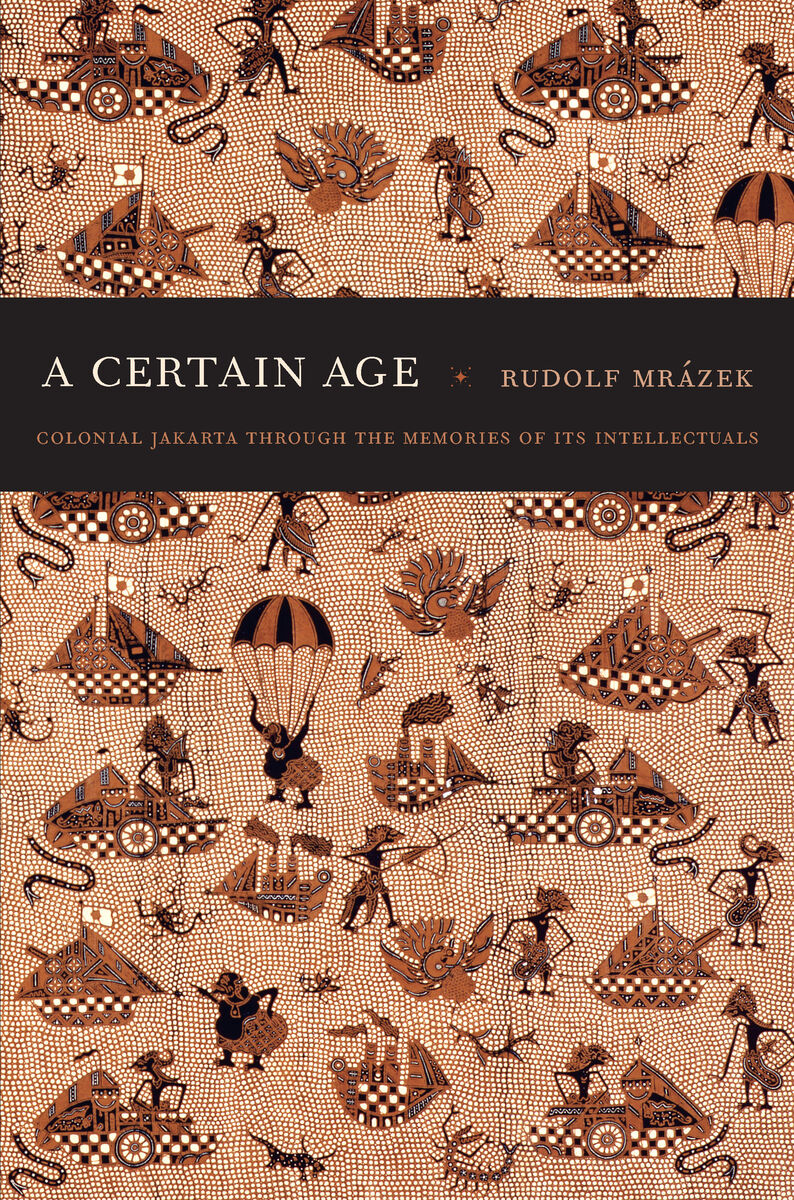 A Certain Age: Colonial Jakarta through the Memories of Its Intellectuals

ABOUT THIS BOOK
A Certain Age is an unconventional, evocative work of history and a moving reflection on memory, modernity, space, time, and the limitations of traditional historical narratives. Rudolf Mrázek visited Indonesia throughout the 1990s, recording lengthy interviews with elderly intellectuals in and around Jakarta. With few exceptions, they were part of an urban elite born under colonial rule and educated at Dutch schools. From the early twentieth century, through the late colonial era, the national revolution, and well into independence after 1945, these intellectuals injected their ideas of modernity, progress, and freedom into local and national discussion.

When Mrázek began his interviews, he expected to discuss phenomena such as the transition from colonialism to postcolonialism. His interviewees, however, wanted to share more personal recollections. Mrázek illuminates their stories of the past with evocative depictions of their late-twentieth-century surroundings. He brings to bear insights from thinkers including Walter Benjamin, Bertold Brecht, Le Corbusier, and Marcel Proust, and from his youth in Prague, another metropolis with its own experience of passages and revolution. Architectural and spatial tropes organize the book. Thresholds, windowsills, and sidewalks come to seem more apt as descriptors of historical transitions than colonial and postcolonial, or modern and postmodern. Asphalt roads, homes, classrooms, fences, and windows organize movement, perceptions, and selves in relation to others. A Certain Age is a portal into questions about how the past informs the present and how historical accounts are inevitably partial and incomplete.

Rudolf Mrázek is Professor of History at the University of Michigan. He is the author of several books, including Engineers of Happy Land: Technology and Nationalism in a Colony; Sjahrir: Politics and Exile in Indonesia, 1906–1966; and Bali: The Split Gate to Heaven.