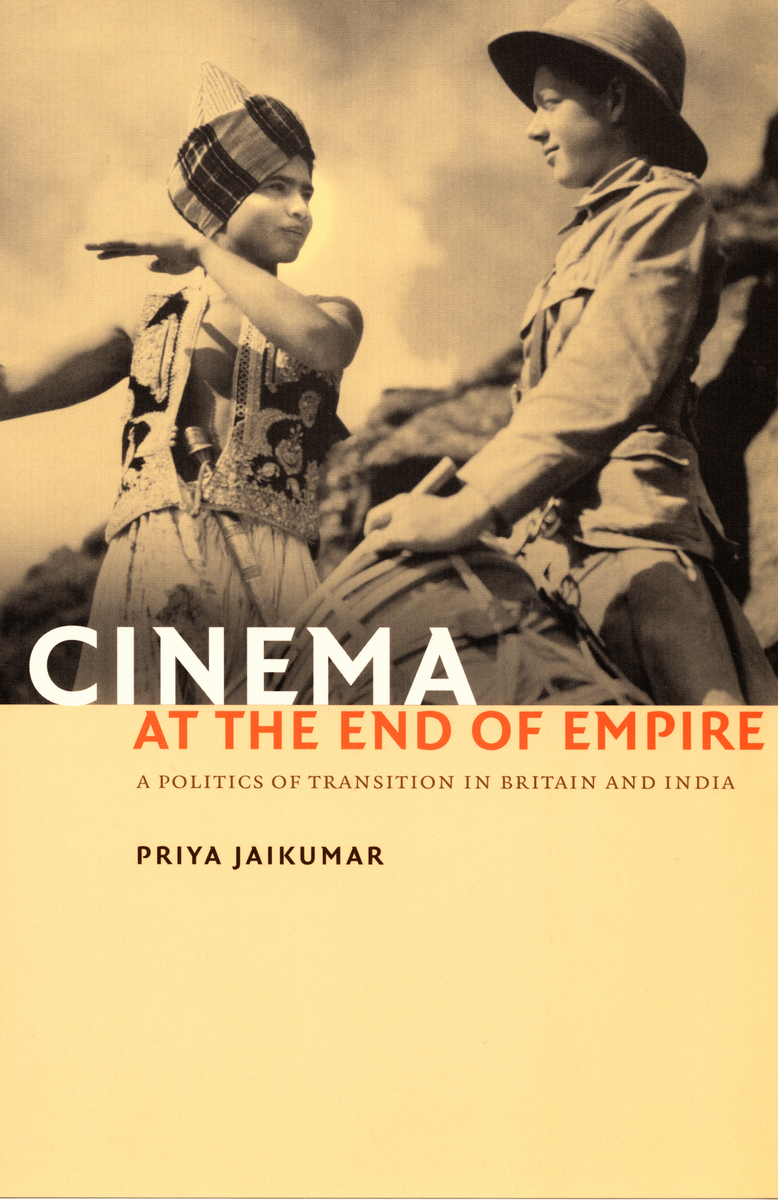 Cinema at the End of Empire: A Politics of Transition in Britain and India

ABOUT THIS BOOK
How did the imperial logic underlying British and Indian film policy change with the British Empire’s loss of moral authority and political cohesion? Were British and Indian films of the 1930s and 1940s responsive to and responsible for such shifts? Cinema at the End of Empire illuminates this intertwined history of British and Indian cinema in the late colonial period. Challenging the rubric of national cinemas that dominates film studies, Priya Jaikumar contends that film aesthetics and film regulations were linked expressions of radical political transformations in a declining British empire and a nascent Indian nation. As she demonstrates, efforts to entice colonial film markets shaped Britain’s national film policies, and Indian responses to these initiatives altered the limits of colonial power in India. Imperially themed British films and Indian films envisioning a new civil society emerged during political negotiations that redefined the role of the state in relation to both film industries.

In addition to close readings of British and Indian films of the late colonial era, Jaikumar draws on a wealth of historical and archival material, including parliamentary proceedings, state-sponsored investigations into colonial filmmaking, trade journals, and intra- and intergovernmental memos regarding cinema. Her wide-ranging interpretations of British film policies, British initiatives in colonial film markets, and genres such as the Indian mythological film and the British empire melodrama reveal how popular film styles and controversial film regulations in these politically linked territories reconfigured imperial relations. With its innovative examination of the colonial film archive, this richly illustrated book presents a new way to track historical change through cinema.

Priya Jaikumar is Assistant Professor in the School of Cinema-Television at the University of Southern California.