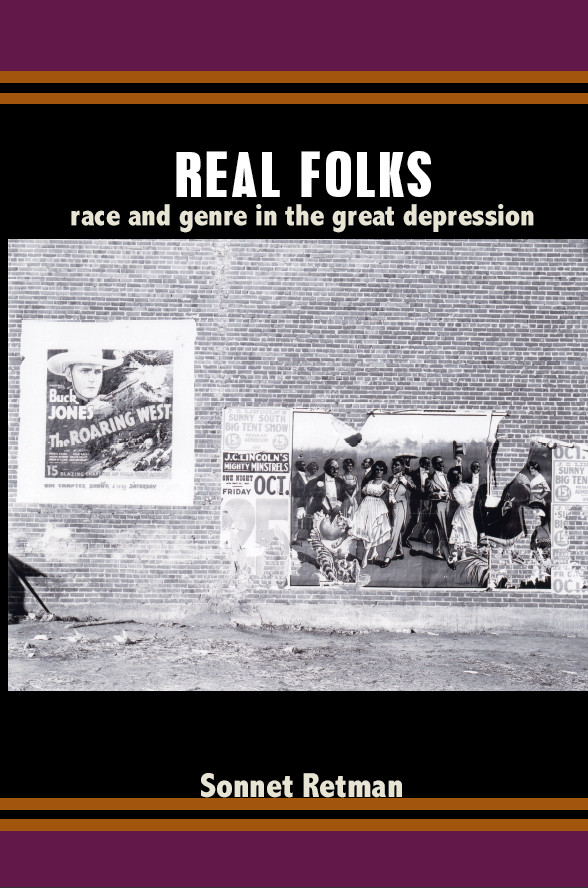 Real Folks: Race and Genre in the Great Depression

ABOUT THIS BOOK
During the Great Depression, people from across the political spectrum sought to ground American identity in the rural know-how of “the folk.” At the same time, certain writers, filmmakers, and intellectuals combined documentary and satire into a hybrid genre that revealed the folk as an anxious product of corporate capitalism, rather than an antidote to commercial culture. In Real Folks, Sonnet Retman analyzes the invention of the folk as figures of authenticity in the political culture of the 1930s, as well as the critiques that emerged in response. Diverse artists and intellectuals—including the novelists George Schuyler and Nathanael West, the filmmaker Preston Sturges, and the anthropologist Zora Neale Hurston—illuminated the fabrication and exploitation of folk authenticity in New Deal and commercial narratives. They skewered the racist populisms that prevented interracial working-class solidarity, prophesized the patriotic function of the folk for the nation-state in crisis, and made their readers and viewers feel self-conscious about the desire for authenticity. By illuminating the subversive satirical energy of the 1930s, Retman identifies a rich cultural tradition overshadowed until now by the scholarly focus on Depression-era social realism.
AUTHOR BIOGRAPHY