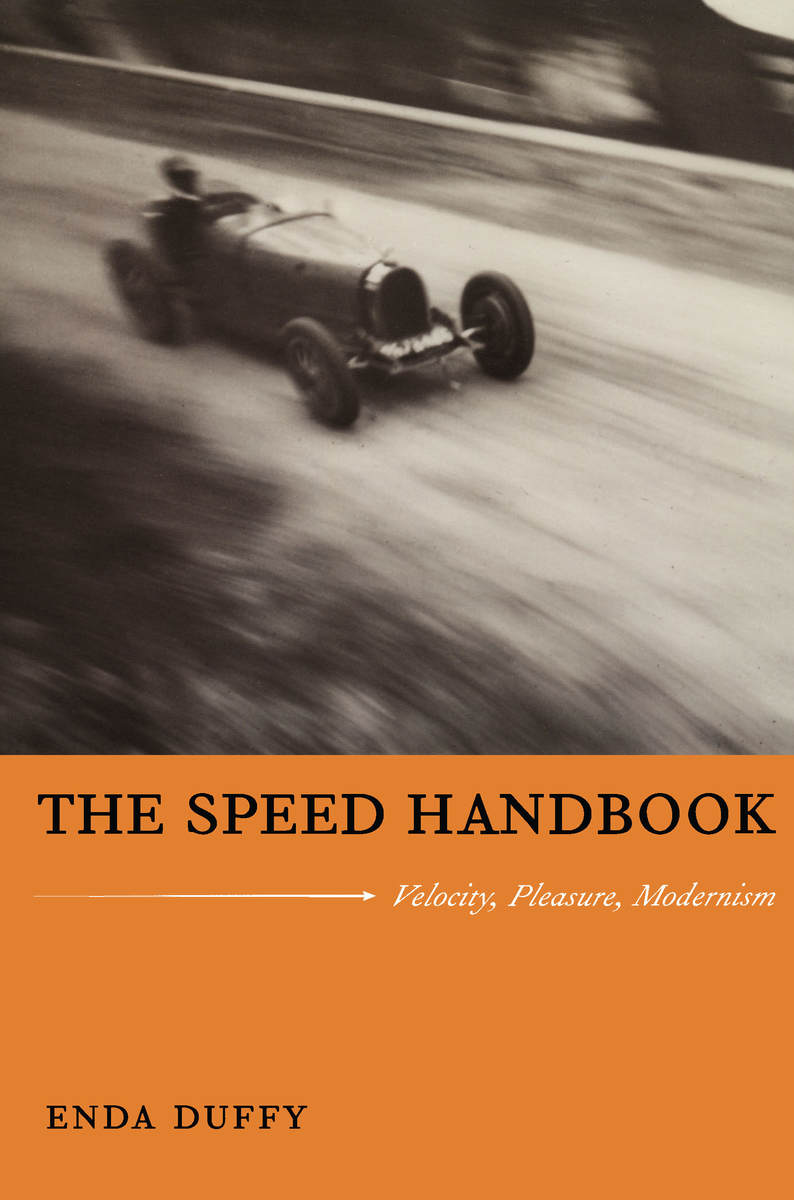 ABOUT THIS BOOK
Speed, the sensation one gets when driving fast, was described by Aldous Huxley as the single new pleasure invented by modernity. The Speed Handbook is a virtuoso exploration of Huxley’s claim. Enda Duffy shows how the experience of speed has always been political and how it has affected nearly all aspects of modern culture. Primarily a result of the mass-produced automobile, the experience of speed became the quintessential way for individuals to experience modernity, to feel modernity in their bones.

Duffy plunges full-throttle into speed’s “adrenaline aesthetics,” offering deft readings of works ranging from F. Scott Fitzgerald’s The Great Gatsby, through J. G. Ballard’s Crash, to the cautionary consumerism of Ralph Nader. He describes how speed changed understandings of space, distance, chance, and violence; how the experience of speed was commodified in the dawning era of mass consumption; and how society was incited to abhor slowness and desire speed. He examines how people were trained by new media such as the cinema to see, hear, and sense speed, and how speed, demanded of the efficient assembly-line worker, was given back to that worker as the chief thrill of leisure. Assessing speed’s political implications, Duffy considers how speed pleasure was offered to citizens based on criteria including their ability to pay and their gender, and how speed quickly became something to be patrolled by governments. Drawing on novels, news reports, photography, advertising, and much more, Duffy provides a breakneck tour through the cultural dynamics of speed.

Enda Duffy is Professor of English at the University of California, Santa Barbara. He is the author of The Subaltern Ulysses.