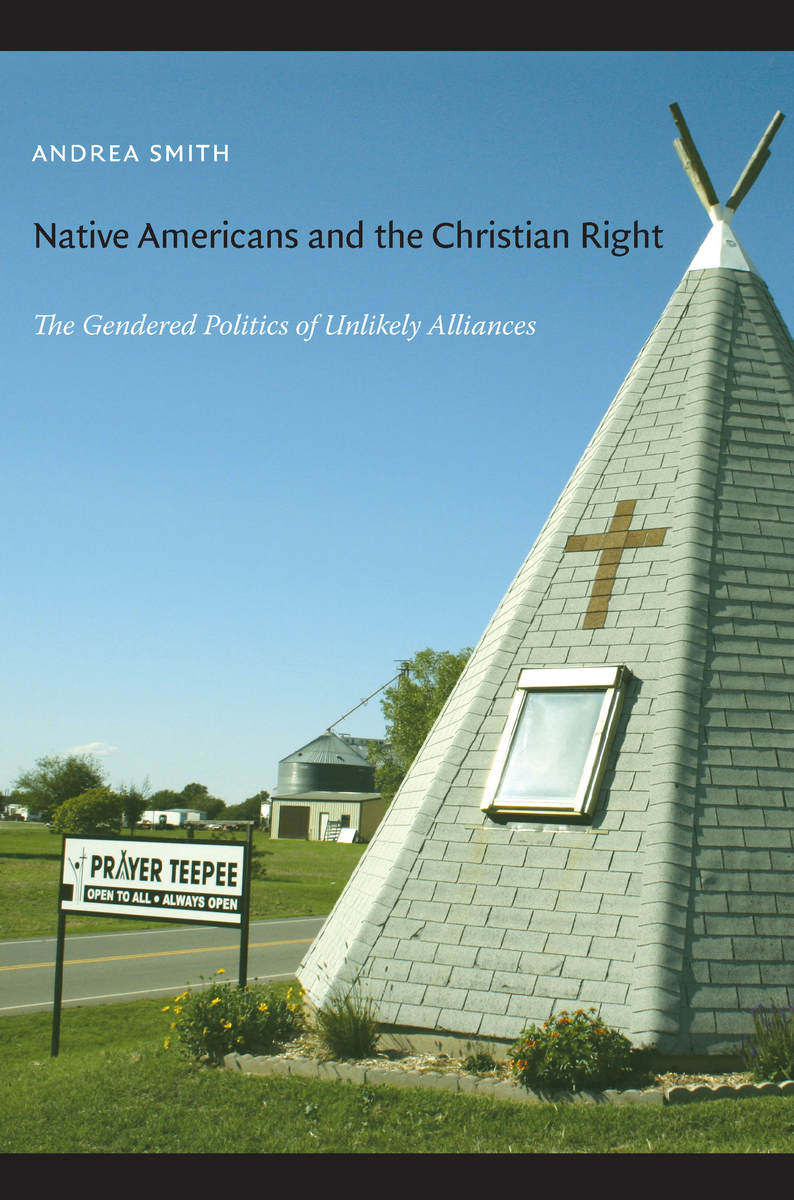 Native Americans and the Christian Right: The Gendered Politics of Unlikely Alliances

ABOUT THIS BOOK
In Native Americans and the Christian Right, Andrea Smith advances social movement theory beyond simplistic understandings of social-justice activism as either right-wing or left-wing and urges a more open-minded approach to the role of religion in social movements. In examining the interplay of biblical scripture, gender, and nationalism in Christian Right and Native American activism, Smith rethinks the nature of political strategy and alliance-building for progressive purposes, highlighting the potential of unlikely alliances, termed “cowboys and Indians coalitions” by one of her Native activist interviewees. She also complicates ideas about identity, resistance, accommodation, and acquiescence in relation to social-justice activism.

Smith draws on archival research, interviews, and her own participation in Native struggles and Christian Right conferences and events. She considers American Indian activism within the Promise Keepers and new Charismatic movements. She also explores specific opportunities for building unlikely alliances. For instance, while evangelicals’ understanding of the relationship between the Bible and the state may lead to reactionary positions on issues including homosexuality, civil rights, and abortion, it also supports a relatively progressive position on prison reform. In terms of evangelical and Native American feminisms, she reveals antiviolence organizing to be a galvanizing force within both communities, discusses theories of coalition politics among both evangelical and indigenous women, and considers Native women’s visions of sovereignty and nationhood. Smith concludes with a reflection on the implications of her research for the field of Native American studies.

Andrea Smith is Assistant Professor of American Culture and Women’s Studies at the University of Michigan, Ann Arbor. She is the author of Conquest: Sexual Violence and American Indian Genocide, the editor of The Revolution Will Not Be Funded: Beyond the Non-Profit Industrial Complex, and a coeditor of Color of Violence: Violence Against Women of Color. She is a cofounder of the national activist organization INCITE! Women of Color against Violence.