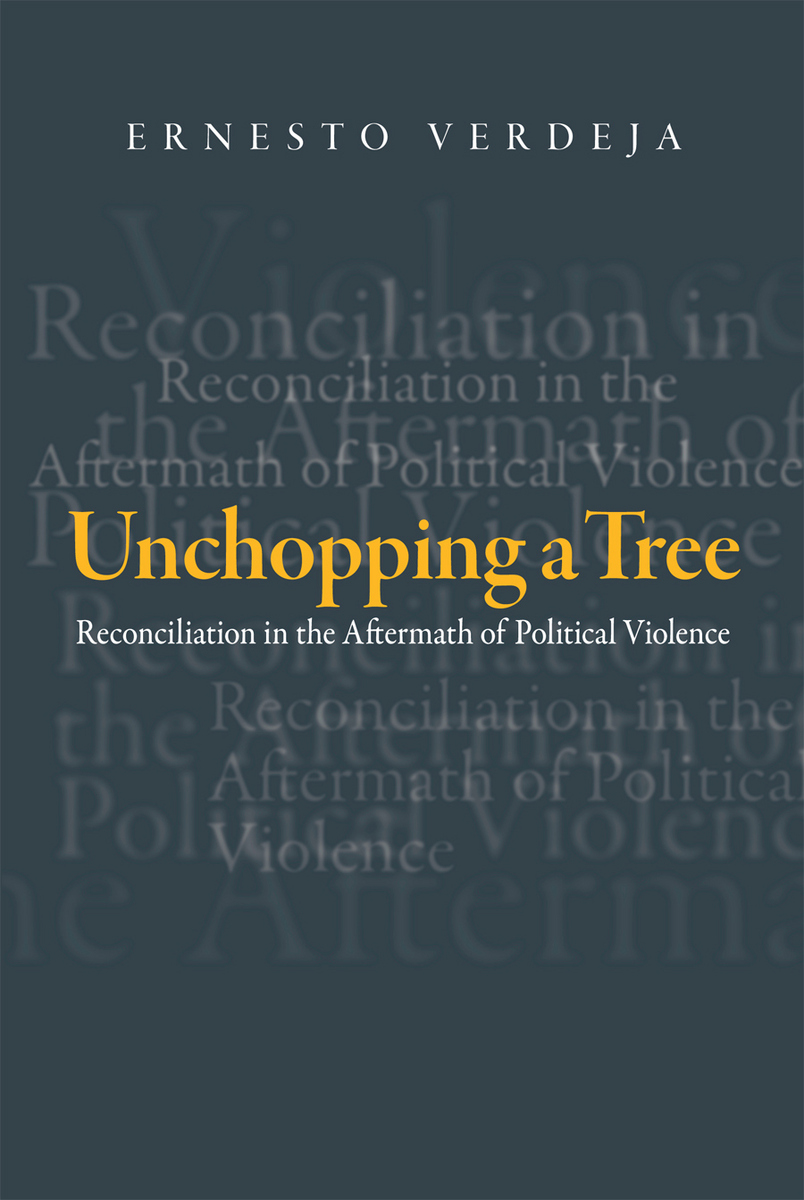 Unchopping a Tree: Reconciliation in the Aftermath of Political Violence

ABOUT THIS BOOK
Political violence does not end with the last death. A common feature of mass murder has been the attempt at destroying any memory of victims, with the aim of eliminating them from history. Perpetrators seek not only to eliminate a perceived threat, but also to eradicate any possibility of alternate, competing social and national histories. In his timely and important book, Unchopping a Tree, Ernesto Verdeja develops a critical justification for why transitional justice works. He asks, “What is the balance between punishment and forgiveness?  And, “What are the stakes in reconciling?”

Employing a normative theory of reconciliation that differs from prevailing approaches, Verdeja outlines a concept that emphasizes the importance of shared notions of moral respect and tolerance among adversaries in transitional societies. Drawing heavily from cases such as reconciliation efforts in Latin America and Africa—and interviews with people involved in such efforts—Verdeja debates how best to envision reconciliation while remaining realistic about the very significant practical obstacles such efforts face

Unchopping a Tree addresses the core concept of respect across four different social levels—political, institutional, civil society, and interpersonal—to explain the promise and challenges to securing reconciliation and broader social regeneration.
AUTHOR BIOGRAPHY
Ernesto Verdeja is an Assistant Professor of Political Science and Peace Studies at the University of Notre Dame.