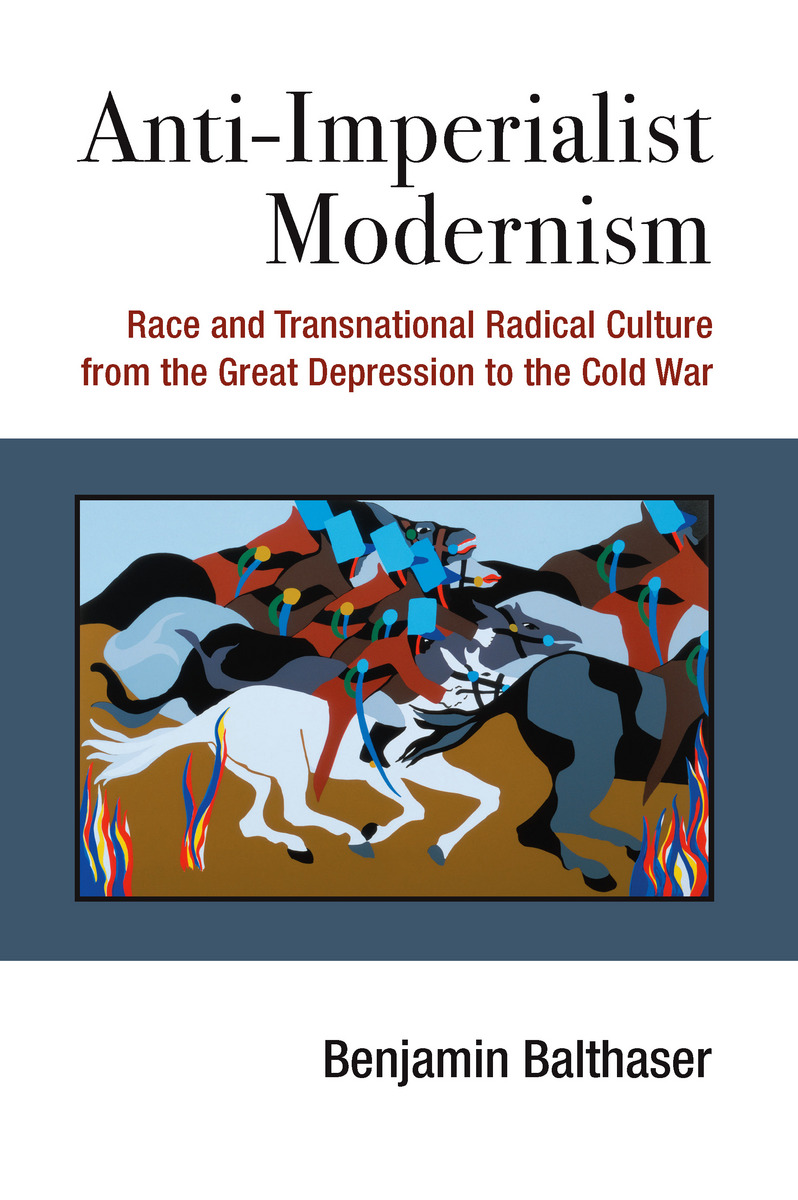 Anti-Imperialist Modernism: Race and Transnational Radical Culture from the Great Depression to the Cold War

ABOUT THIS BOOK
Anti-Imperialist Modernism excavates how U.S. cross-border, multi-ethnic anti-imperialist movements at mid-century shaped what we understand as cultural modernism and the historical period of the Great Depression.  The book demonstrates how U.S. multiethnic cultural movements, located in political parties, small journals, labor unions, and struggles for racial liberation, helped construct a common sense of international solidarity that critiqued ideas of nationalism and essentialized racial identity. The book thus moves beyond accounts that have tended to view the pre-war “Popular Front” through tropes of national belonging or an abandonment of the cosmopolitanism of previous decades. Impressive archival research brings to light the ways in which a transnational vision of modernism and modernity was fashioned through anti-colonial networks of North/South solidarity.
Chapters examine farmworker photographers in California’s central valley, a Nez Perce intellectual traveling to the Soviet Union, imaginations of the Haitian Revolution, the memory of the U.S.–Mexico War, and U.S. radical writers traveling to Cuba. The last chapter examines how the Cold War foreclosed these movements within a nationalist framework, when activists and intellectuals had to suppress the transnational nature of their movements, often rewriting the cultural past to conform to a patriotic narrative of national belonging.
AUTHOR BIOGRAPHY
Benjamin Balthaser is Assistant Professor of English at Indiana University South Bend.