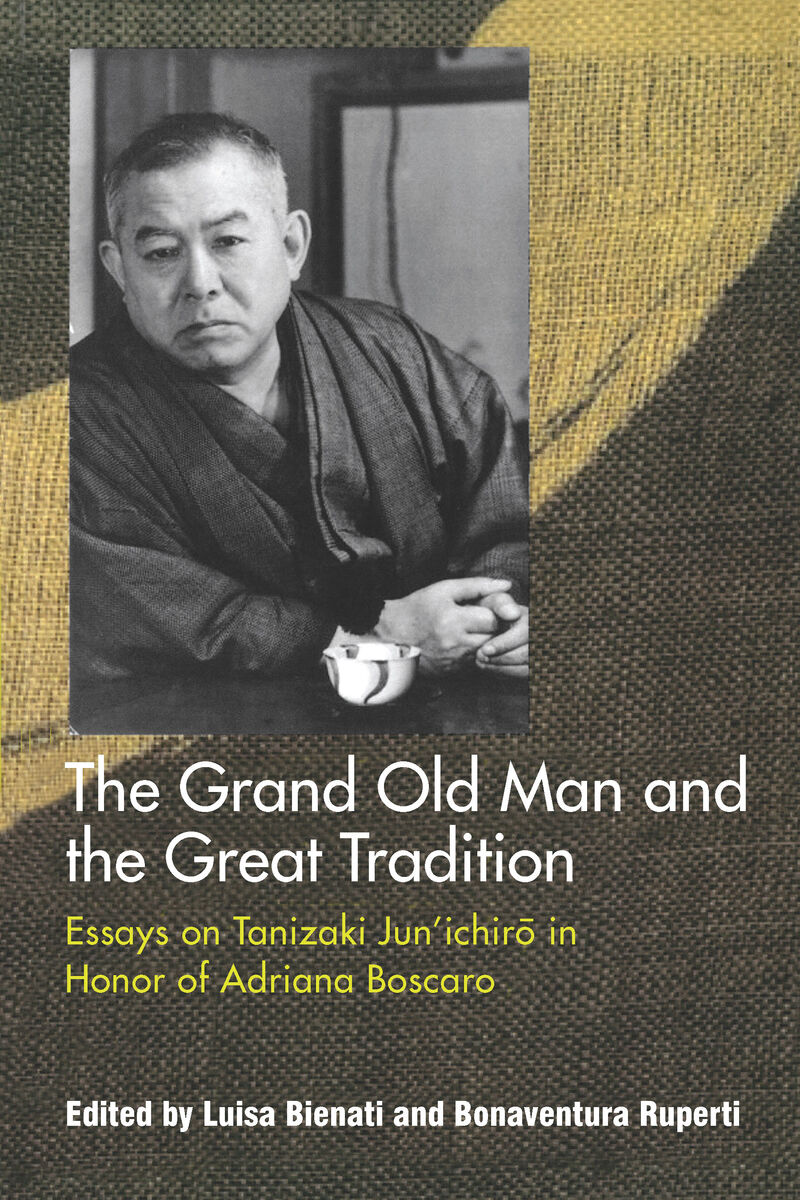 The Grand Old Man and the Great Tradition: Essays on Tanizaki Jun’ichiro in Honor of Adriana Boscaro

ABOUT THIS BOOK
In 1995, on the thirtieth anniversary of Tanizaki Jun’ichiro’s death, Adriana Boscaro organized an international conference in Venice that had an unusally lasting effect on the study of this major Japanese novelist. Thanks to Boscaro’s energetic commitment, Venice became a center for Tanizaki studies that produced two volumes of conference proceedings now considered foundational for all scholarly works on Tanizaki. In the years before and after the Venice Conference, Boscaro and her students published an abundance of works on Tanizaki and translations of his writings, contributing to his literary success in Italy and internationally.
The Grand Old Man and the Great Tradition honors Boscaro’s work by collecting nine essays on Tanizaki’s position in relation to the “great tradition” of Japanese classical literature. To open the collection, Edward Seidensticker contributes a provocative essay on literary styles and the task of translating Genji into a modern language. Gaye Rowley and Ibuki Kazuko also consider Tanizaki’s Genji translations, from a completely different point of view, documenting the author’s three separate translation efforts. Aileen Gatten turns to the influence of Heian narrative methods on Tanizaki’s fiction, arguing that his classicism, far from being superficial, “reflects a deep sensitivity to Heian narrative.” Tzevetana Kristeva holds a different perspective on Tanizaki’s classicism, singling out specific aspects of Tanizaki’s eroticism as the basis of comparison.
The next two essays emphasize Tanizaki’s experimental engagement with the classical literary genres—Amy V. Heinrich treats the understudied poetry, and Bonaventura Ruperti considers a 1933 essay on performance arts. Taking up cinema, Roberta Novelli focuses on the novel Manji, exploring how it was recast for the screen by Masumura Yasuzo. The volume concludes with two contributions interpreting Tanizaki’s works in the light of Western and Meiji literary traditions: Paul McCarthy considers Nabokovas a point of comparison, and Jacqueline Pigeot conducts a groundbreaking comparison with a novel by Natsume Soseki.
AUTHOR BIOGRAPHY
Luisa Bienati is Professor of Japanese Literature in the Department of East Asian Studies of the University of Venice.
Bonaventura Ruperti is Professor of Japanese Language and Japanese Theater in the Department of East Asian Studies at the University Ca’ Foscari, Venice.