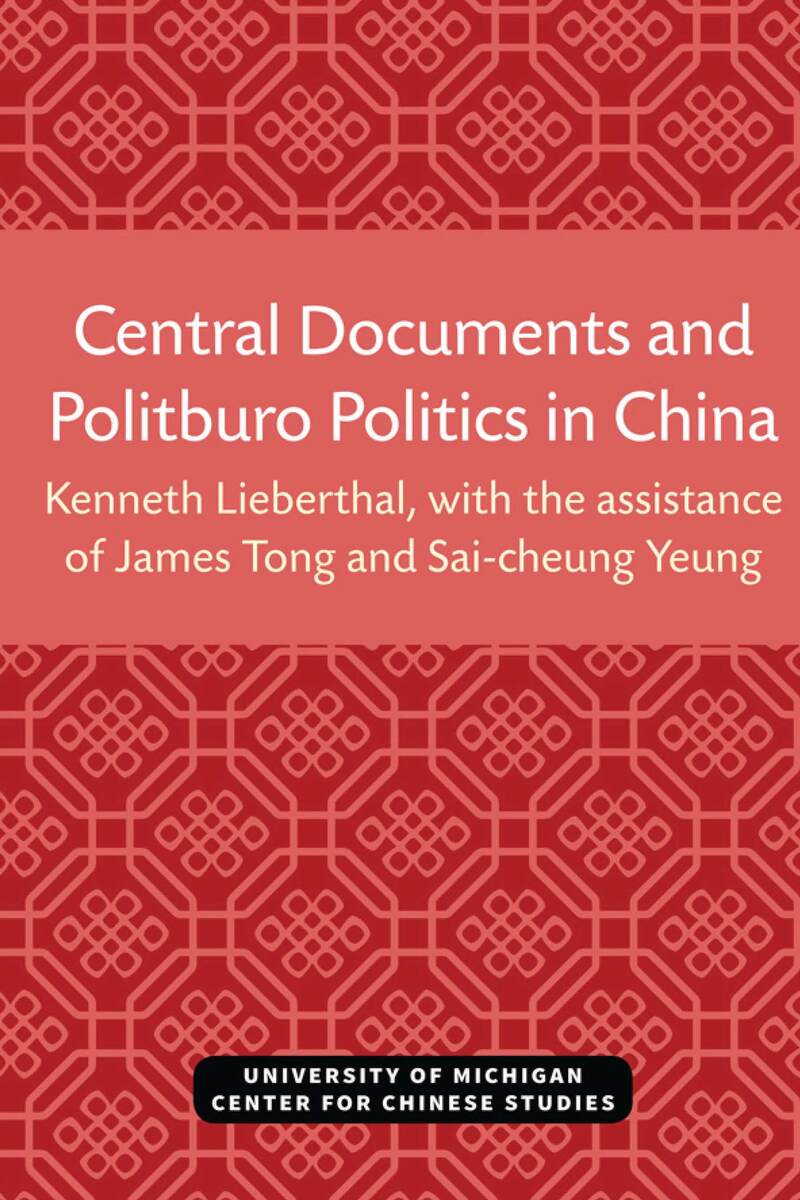 ABOUT THIS BOOK
Virtually every analysis of Chinese politics views the Politburo as the nerve center of the system, but questions abound as to how this center governs itself and how it interacts with the system around it. Specifically, how much consultation occurs during the drafting of major Politburo documents, and who is brought into this process? How is information channeled up to this body, and what are the rules that govern the access of the Politburo members themselves to data generated by the bureaucracies? How are the political strategies of individual leaders and political factions attuned to this system of information channeling? What types of decisions are reached by the Politburo? To whom are they communicated? How rigidly must they be followed? How institutionalized is this entire decision making system, and has it become more—or less—institutionalized over the years? How has the factional legacy of the Cultural Revolution affected its mode of operations? Indeed, in the wake of the Cultural Revolution, how much in control of the system has the Politburo itself been?
Central Documents in Politburo Politics in China seeks to better understand these questions by analyzing a particular stream of largely bureaucratic communications in the Chinese system: the so-called “Central Documents” (CDs). This is a series of documents through which the top Party leadership directly communicates with the rest of the political system. [1]
AUTHOR BIOGRAPHY
Kenneth LIEBERTHAL is Professor Emeritus of Political Science at the University of Michigan.