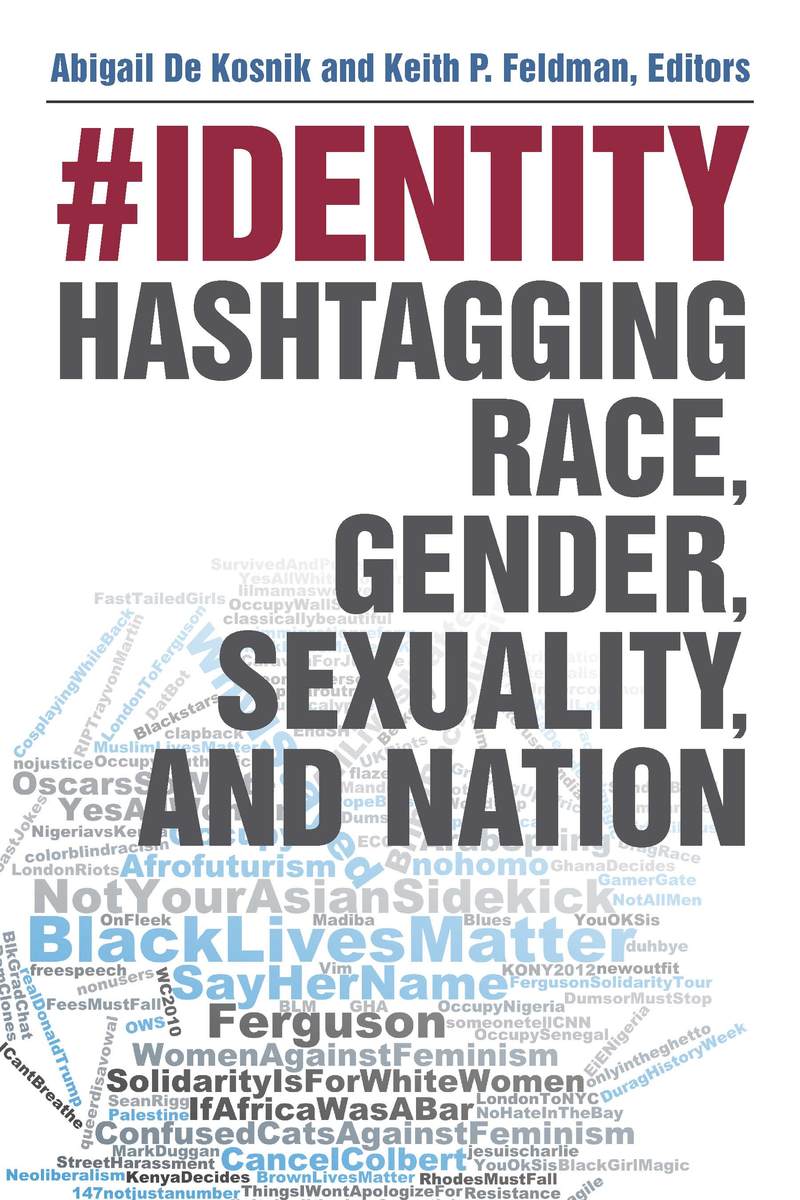 ABOUT THIS BOOK
Since its launch in 2006, Twitter has served as a major platform for political performance, social justice activism, and large-scale public debates over race, ethnicity, gender, sexuality, and nationality. It has empowered minoritarian groups to organize protests, articulate often-underrepresented perspectives, and form community. It has also spread hashtags that have been used to bully and silence women, people of color, and LGBTQ people.

#identity is among the first scholarly books to address the positive and negative effects of Twitter on our contemporary world. Hailing from diverse scholarly fields, all contributors are affiliated with The Color of New Media, a scholarly collective based at the University of California, Berkeley. The Color of New Media explores the intersections of new media studies, critical race theory, gender and women’s studies, and postcolonial studies. The essays in #identity consider topics such as the social justice movements organized through #BlackLivesMatter, #Ferguson, and #SayHerName; the controversies around #WhyIStayed and #CancelColbert; Twitter use in India and Africa; the integration of hashtags such as #nohomo and #onfleek that have become part of everyday online vernacular; and other ways in which Twitter has been used by, for, and against women, people of color, LGBTQ, and Global South communities. Collectively, the essays in this volume offer a critically interdisciplinary view of how and why social media has been at the heart of US and global political discourse for over a decade.
AUTHOR BIOGRAPHY
Abigail De Kosnik is Associate Professor at the University of California, Berkeley in the Berkeley Center for New Media and the Department of Theater, Dance, and Performance Studies.
Keith P. Feldman is Associate Professor of Comparative Ethnic Studies at the University of California, Berkeley.