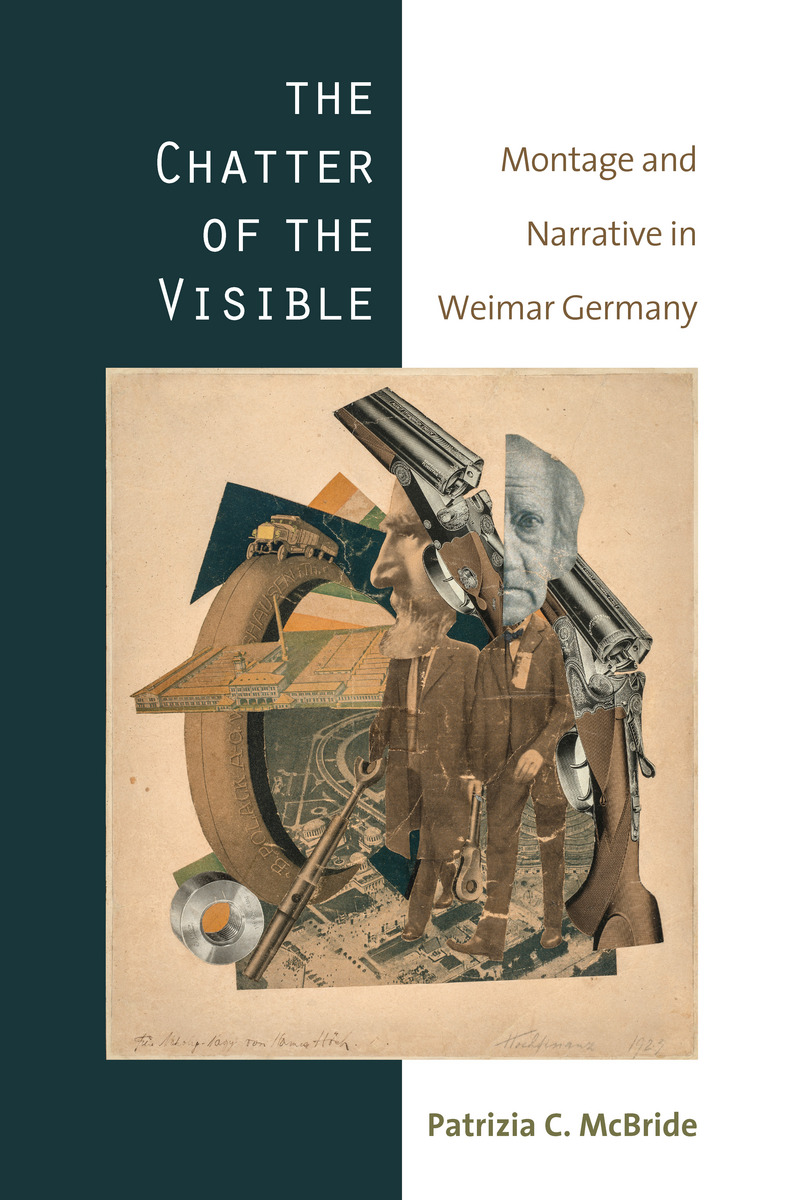 The Chatter of the Visible: Montage and Narrative in Weimar Germany

ABOUT THIS BOOK
The Chatter of the Visible examines the paradoxical narrative features of the photomontage aesthetics of artists associated with Dada, Constructivism, and the New Objectivity. While montage strategies have commonly been associated with the purposeful interruption of and challenge to narrative consistency and continuity, McBride offers an historicized reappraisal of 1920s and 1930s German photomontage work to show that its peculiar mimicry was less a rejection of narrative and more an extension or permutation of it—a means for thinking in narrative textures exceeding constraints imposed by “flat” print media (especially the novel and other literary genres).


McBride’s contribution to the conversation around Weimar-era montage is in her situation of the form of the work as a discursive practice in its own right, which affords humans a new way to negotiate temporality, as a particular mode of thinking that productively relates the particular to the universal, or as a culturally specific form of cognition.
AUTHOR BIOGRAPHY
Patrizia C. McBride is a Professor of 20th-century German literature and culture and aesthetic theory since the eighteenth century at Cornell University. Her previous books include The Void of Ethics and Legacies of Modernism, co-edited with Richard McCormick and Monika Zager.