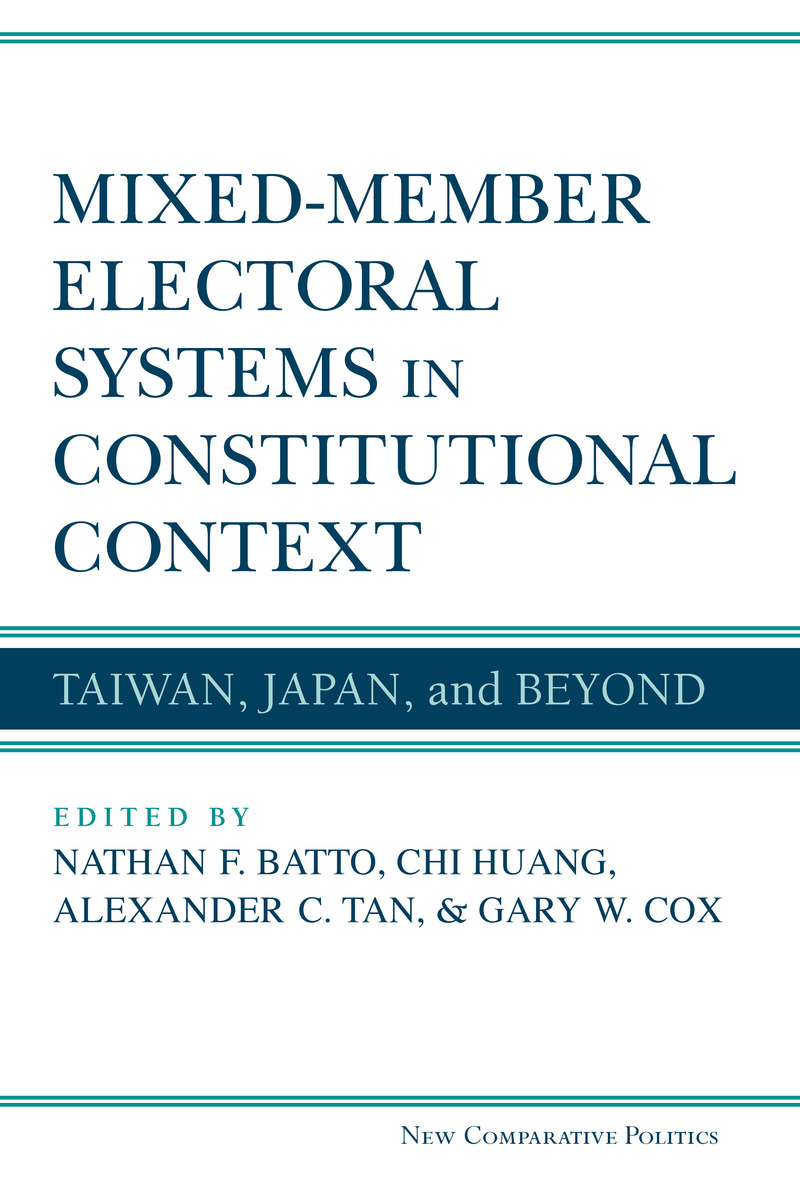 Mixed-Member Electoral Systems in Constitutional Context: Taiwan, Japan, and Beyond

ABOUT THIS BOOK
Reformers have promoted mixed-member electoral systems as the “best of both worlds.” In this volume, internationally recognized political scientists evaluate the ways in which the introduction of a mixed-member electoral system affects the configuration of political parties. The contributors examine several political phenomena, including cabinet post allocation, nominations, preelectoral coalitions, split-ticket voting, and the size of party systems and faction systems. Significantly, they also consider various ways in which the constitutional system—especially whether the head of government is elected directly or indirectly—can modify the incentives created by the electoral system.

The findings presented here demonstrate that the success of electoral reform depends not only on the specification of new electoral rules per se but also on the political context—and especially the constitutional framework—within which such rules are embedded.