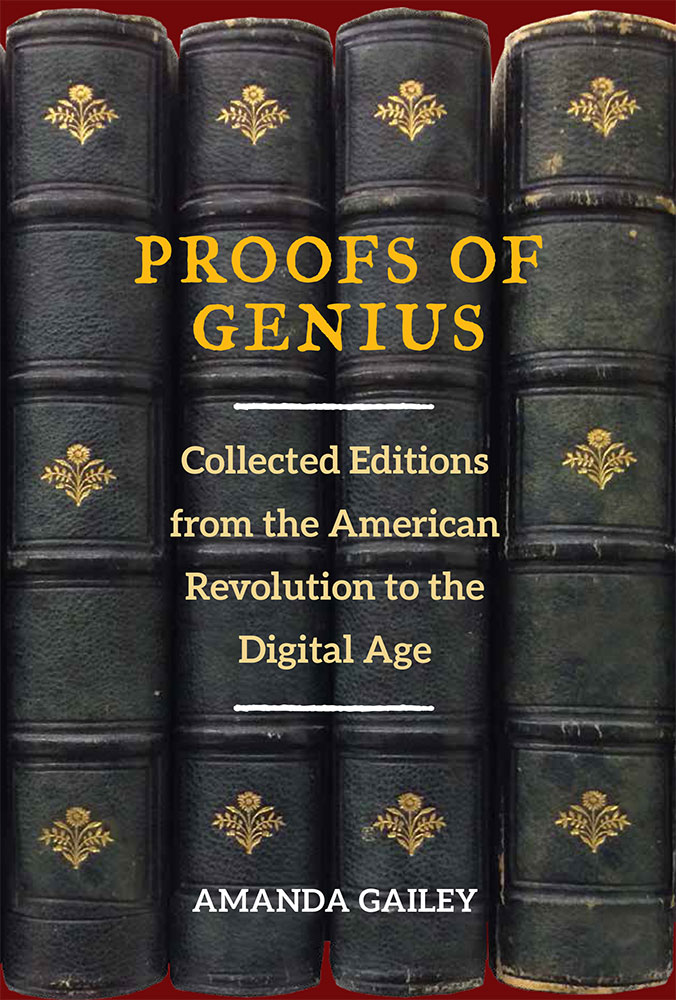 Proofs of Genius: Collected Editions from the American Revolution to the Digital Age

ABOUT THIS BOOK
Proofs of Genius: Collected Editions from the American Revolution to the Digital Age is the first extensive study of the collected edition as an editorial genre within American literary history. Unlike editions of an author’s “selected works” or thematic anthologies, which clearly indicate the presence of non-authorial editorial intervention, collected editions have typically been arranged to imply an unmediated documentary completeness. By design, the collected edition obscures its own role in shaping the cultural reception of the author.


In Proofs of Genius, Amanda Gailey argues that decisions to re-edit major authorial corpora are acts of canon-formation in miniature that indicate more foundational shifts in the way a culture views its literature and itself. By combining a theoretically-informed approach with a broad historical view of collected editions from the late eighteenth century to the present (including the rise of digital editions), Gailey fills a gap in the textual scholarship of the editing history of major figures like Emily Dickinson and Walt Whitman and of the American literary canon itself.
AUTHOR BIOGRAPHY
Amanda Gailey is Assistant Professor of English at the University of Nebraska–Lincoln.