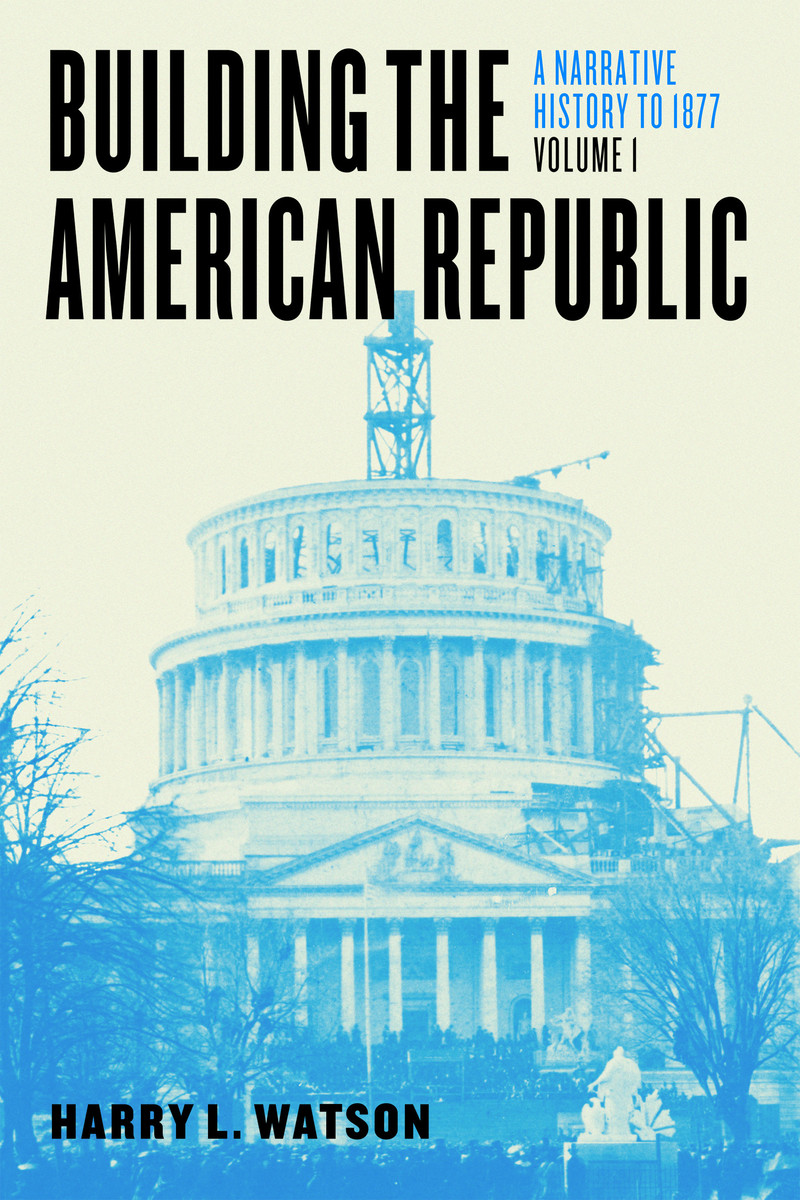 Building the American Republic, Volume 1: A Narrative History to 1877

ABOUT THIS BOOK
Building the American Republic combines centuries of perspectives and voices into a fluid narrative of the United States. Throughout their respective volumes, Harry L. Watson and Jane Dailey take care to integrate varied scholarly perspectives and work to engage a diverse readership by addressing what we all share: membership in a democratic republic, with joint claims on its self-governing tradition. It will be one of the first peer-reviewed American history textbooks to be offered completely free in digital form. Visit buildingtheamericanrepublic.org for more information.

Volume 1 starts at sea and ends on the battlefield. Beginning with the earliest Americans and the arrival of strangers on the eastern shore, it then moves through colonial society to the fight for independence and the construction of a federalist republic. From there, it explains the renegotiations and refinements that took place as a new nation found its footing, and it traces the actions that eventually rippled into the Civil War.

This volume goes beyond famous names and battles to incorporate politics, economics, science, arts, and culture. And it shows that issues that resonate today—immigration, race, labor, gender roles, and the power of technology—have been part of the American fabric since the very beginning.
AUTHOR BIOGRAPHY
Harry L. Watson is the Atlanta Distinguished Professor of Southern Culture at the University of North Carolina. He is the author of Liberty and Power: The Politics of Jacksonian America and An Independent People: The Way We Lived in North Carolina, 1770–1820. His coedited books include Southern Cultures: The Fifteenth Anniversary Reader and The American South in a Global World.