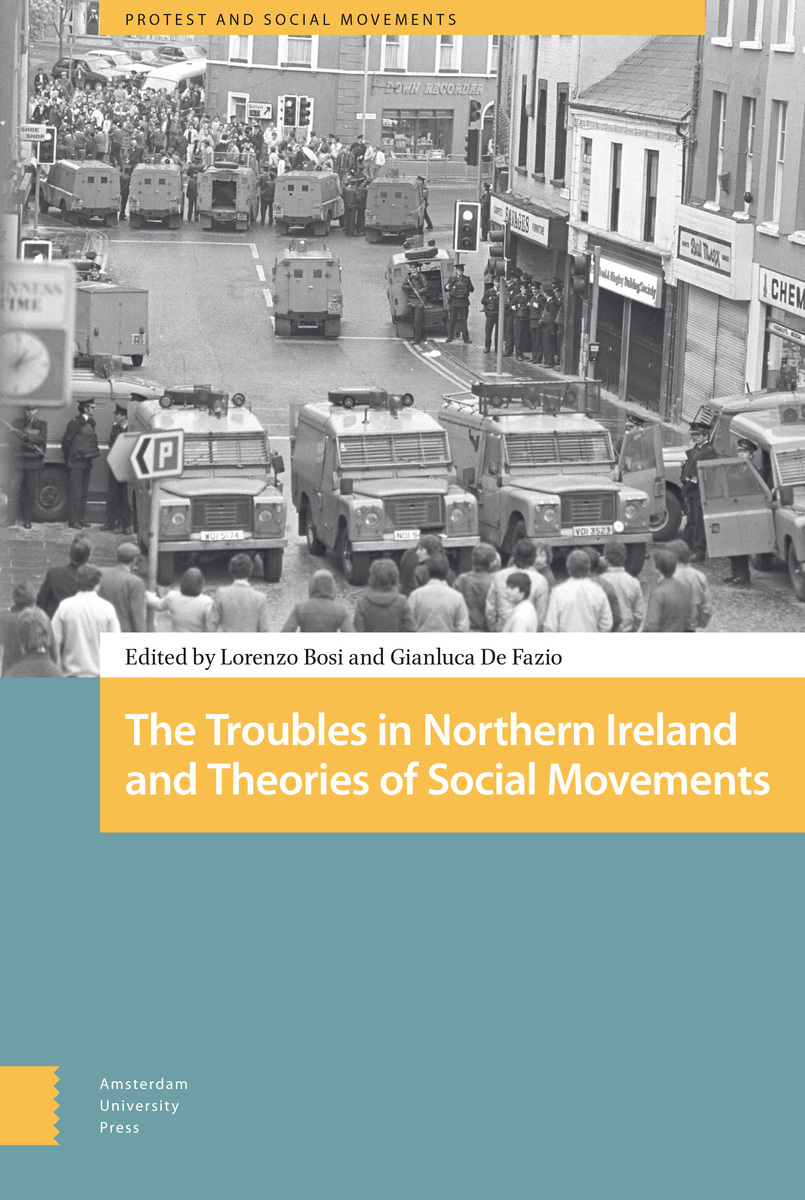 The Troubles in Northern Ireland and Theories of Social Movements

ABOUT THIS BOOK
This volume focuses on a number of research questions, drawn from social movement scholarship: How does nonviolent mobilisation emerge and persist in deeply divided societies? What are the trajectories of participation in violent groups in these societies? What is the relationship between overt mobilisation, clandestine operations and protests among political prisoners? What is the role of media coverage and identity politics? Can there be non-sectarian collective mobilisation in deeply divided societies? The answers to these questions do not merely try to explain contentious politics in Northern Ireland; instead, they inform future research on social movements beyond this case. Specifically, we argue that an actor-based approach and the contextualisation of contentious politics provide a dynamic theoretical framework to better understand the Troubles and the development of conflicts in deeply divided societies.
AUTHOR BIOGRAPHY
Lorenzo Bosi is a Research Fellow in the Centre for Social Movement Studies (COSMOS) at the European University Institute. His research interests include social movements and political violence. He has published in several academic journals and is co-editor of Dynamics of Political Violence (Ashgate, 2014), of Political Violence in Context (ECPR PRESS, Forthcoming), of The Dynamics of Radicalization: A Relational Comparative Perspective (Oxford University Press, Forthcoming) and of The Consequences of Social Movements (Cambridge University Press, Forthcoming). Gianluca De Fazio is an Assistant Professor in the Department of Justice Studies at James Madison University. His most recent research on the conflict in Northern Ireland and racial violence has been published in Mobilization, Sociological Methodology and International Journal of Comparative Sociology.